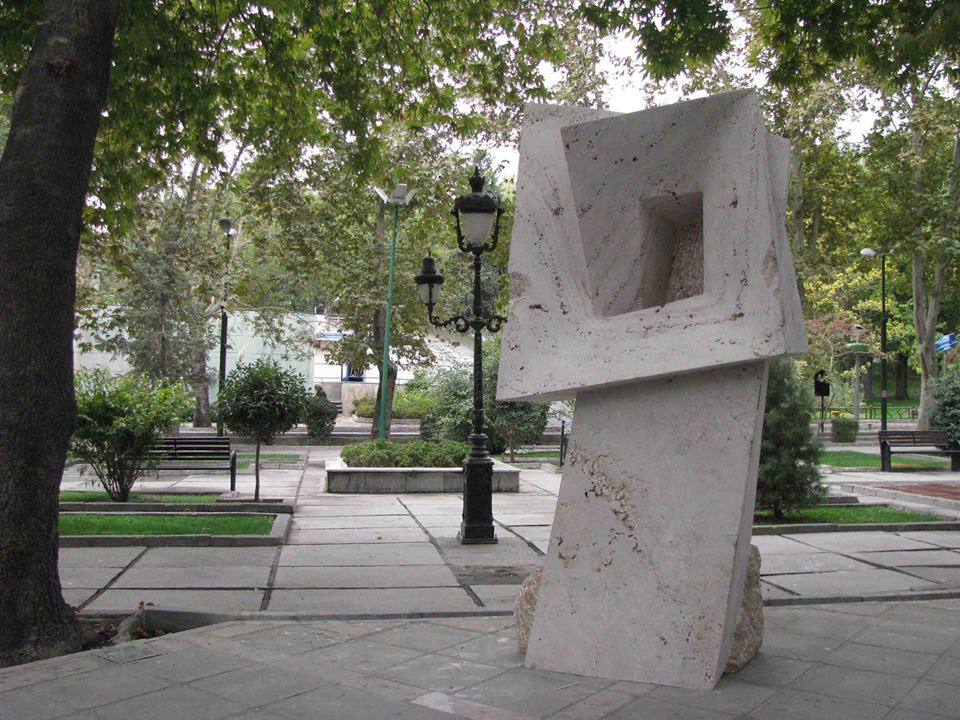 Hypnos lives in a cave, whose mansion does not see the rising, nor the setting sun, nor does it see the “lightsome noon.” At the entrance were a number of poppies and other hypnotic plants. His dwelling had no door or gate so that he might not be awakened by the creaking of hinges. The river, Lethe, in the underworld, is known as the river of forgetfulness and it flows through his cave.

In my own approach to the “Hypnos” I worked in two levels as the conscious and the subconscious. I have tried to eternally fix the passing time between these two states in the stone.

As you can see, the contortions of the volumes in relation with the lines makes it somehow flexible like the ancient example of sculptures that represent him as a man with one wing in the head bending forward, ready to fly, as a transition phase an unknown dimension, profound and sometimes mysterious.

This work has made in order to have a connection, both between Iranian ancient culture and multicultural, that I wished to conclude a synergy between us.