Composed of two oval elements on which one and larger that absorbs the greatest extension in the space of the composition, exposed in a diagonal position corresponding to the block of stone, and the other smaller one crosses it in the middle. The dynamic composition is also suggested by the free space at the bottom of the base of the work, which in turn is incorporated and involved in the center of the work as the third optional element necessary to complete the idea. the empty space created on the meeting of forms makes the play of light and shadow exciting. In relation to the “silk way” theme, sculpture symbolically tells of the crossover of cultures and the interaction of trade among different peoples 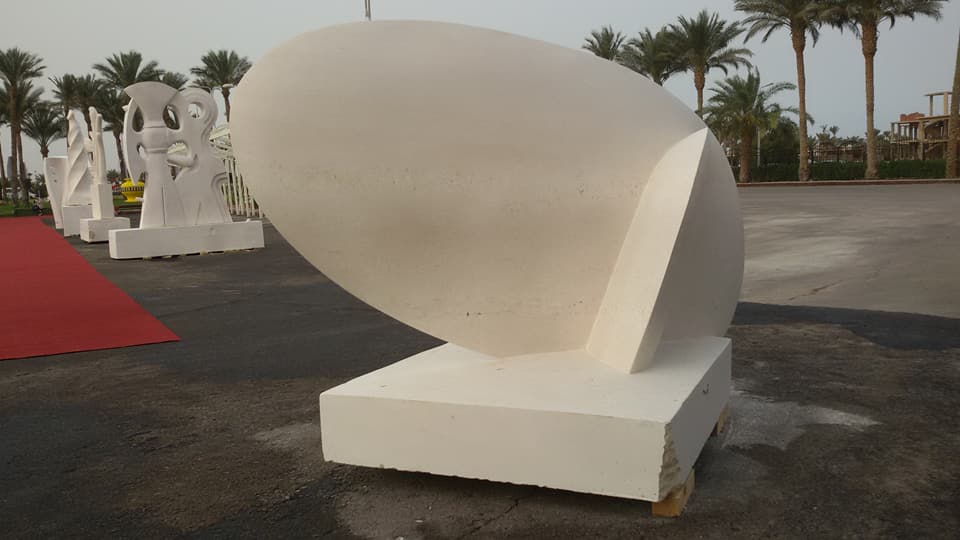